Long-time fans began loving him as the hot Blackie Perish in the hit soap opera “General Hospital”. Since his debut on the scene, he’s starred in several unforgettable programs and has won an impressive number of prestigious awards. His personal resume includes being married to a model, being picked as one of People Magazine’s 50 Most Beautiful People in the World, and quite possibly having plastic surgery. Although John Stamos has always been captivatingly sexy, this 52-year-old hunk seems to just get better with age.

LET’S BEGIN WITH THE CHIN

Those chiseled good looks make John Stamos fans swoon, but rumor has it that they didn’t come naturally. Take his prominent chin for example. Back in the day, it was dimpled and dapper, protruding down a bit more than it does today.

The shape of his unforgettable face took on a less symmetrical appearance in the 80s and 90s, but today it looks more sculpted and refined. Could it be that the sources are right about the John Stamos plastic surgery love affair?

Devoted fans don’t want to think that their favorite fella has gone under the knife. Still, if looking at his chin wasn’t enough to make you go, “Hmm,” then consider this: John Stamos definitely has a noticeably different nose these days.

It used to be pretty cute with its smooth and naturally bulbous appearance, but John’s nose is now tucked back, rounded off, and – to some – quite obviously customized by a talented plastic surgeon. Perhaps the John Stamos plastic surgery rumor is true after all. WHAT WE HEAR ABOUT HIS EAR

Look a little closer at some of the older pictures of John Stamos and you’ll notice something else too. His ears (especially his lobes) were not only much bigger back then but they were also pierced. It’s not hard to see the difference if you pay attention, because in 2015 John Stamos has the perfect ears, sans any holes for an earring.

While it is possible that his piercings grew back over time as he refined his look, it’s really not possible that his ear lobes shrank as he got older. In fact, the opposite is usually the case, which makes John Stamos either a freak of nature or a fan of facial augmentation.

Granted, Stamos has always been a sexy star, but those eyes of his have never once been threatened by a drooping brow line. Stare for long enough at something other than his perfect peepers and you’ll eventually notice a few subtle differences between his “then brow” and his “now brow.”

For one, he doesn’t show a single wrinkle up there, which is odd for a man who is getting ready to turn 53. For two, his thick, bushy eyebrows have lost their boyish arch and have taken on a straighter, more rugged appearance. It may be true that John Stamos gets better with age like a fine wine, but it’s more likely that he just pays for a great plastic surgeon. 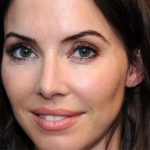