Nicki Minaj Nose Job Before & After

Rap singer Nicki Minaj has created a controversial persona for herself from the beginning of her career. Minaj, whose real name is Onika Tanya Maraj, hails from Trinidad and Tobago. With her rough upbringing, she was raised by her grandmother in Saint James up until she turned five. Later on, she moved with her mother to New York, graduated from LaGuardia High School, and proceeded to go through a number of jobs for which she was fired from every time.

In 2004, she began her musical career and began to gain fame around 2007. It’s unclear as to when Minaj began to change her looks, but what is clear is what she has had done. All you have to do is look at her before pictures of her starting out and what she looks like today to see the obvious. Nicki Minaj Butt Implants Before & After

After taking a deeper observation of Minaj’s past and present photos, we can notice that there are some visible signs of butt implants, boob job, and a nose job as well.

The first thing that she had done was butt implants. This procedure is not cheap, but if you are going to be a female rapper, you can’t have a flat butt. In fact, these days, the bigger the better. It is said that Minaj spent $10,000 to improve her assets. For her, it was a small price to pay for the success she planned on in the world of hip-hop.

The pictures clearly show the difference, and it was said that she paid some people close to her to keep quiet about this procedure. That would have been a waste of money because it’s pretty easy to see how much larger her butt is now. There have not really been any denials from Minaj herself that would actually be a waste of time. Nicki Minaj Breast Implants Before & After

The next thing that is more than evident is her breast implants. Being that her boobs are always pretty easy to check out, this is another area that is more than obvious. But, Minaj always makes sure that she wears outfits that ensure that she got her money’s worth. She is known for her outlandish costumes and wild hairdos. She has been changing the colors of her hair on a regular basis – pink, blue, silver – up until now. It appears that Niki Minaj is going for a more natural look with her long straight hair returned to its natural color.

Even though Nicki Minaj is only 30 years old, the young rapper has had Botox injections, and some even think she went so far as to have a facelift. Her overall look is very different from when she first started out in the music industry.

Lip implants are also obvious just by looking at her. These are even emphasized by the extreme makeup that she wears for her performances. While she does make music that is high on the charts, it’s hard to tell whether she is popular because of her music or because of the gimmicks she uses in her act. She changed the entire look of her face and the shape of her body in order to be successful. We’ll see if it pays off in the long run. 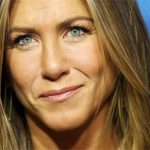 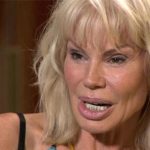 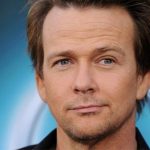 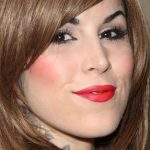 Next Post: Julia Roberts Plastic Surgery Before And After