Beth Chapman is definitely at the top of the list of the most talked about celebrities despite her rather limited starring roles which included starring in three reality TV projects all surrounding her and her husband “Dog the bounty Hunter”. That is, at least, if you don’t consider her history of shoplifting and weapon carrying charges part of her acting accolades.

Beth, which has always been known as having a freakishly large bust size that even outmatched her large body type, was always suspected to have had breast augmentation to some degree. But it was the Paparazzi discovery of a drastically thinner Beth that brought the gossip to a whole new level. Beth’s weight loss seemed way too sudden and very unlikely to have been accomplished without some form of medical assistance. Where there’s smoke, there’s fire, and in Beth’s case, plastic as well.

Let’s go through some of the plastic enhancements that Beth Chapman shows clear signs of having done.

Despite the clear signs of having her breasts enlarged, Beth Chapman has ironically gone through breast augmentation to have her cup size fit her new, slimmer frame. This is still nowhere near of a decrease in cup size that women go through when they lose the amount of weight Beth has, which is further evidence to support this claim.

Beth Chapman’s new thinner self was introduced to the world in what felt like a matter of days. This occurred after being spotted by the Paparazzi during her Hawaii vacation at the beach alongside her bounty hunter hubby, wearing nothing but a tiny navy blue Bikini, displaying a flattened stomach and shortened waist that she claims was the product of hard and major lifestyle change.

Of course, it’s entirely possible to achieve this using natural means, but it takes time, something that is clearly missing from the equation. The fact that the Paparazzi also managed to capture photos in which Beth is shown clearly attempting to hide her abdominoplasty scar did not help validate her claim at all. It appears that her new slim figure actually managed to make Beth’s already large breasts seem even bigger than before, despite having them reduced. Quite an accomplishment.

Beth has admittedly grown tired of being overweight and expressed this in numerous interviews. While ideally, she would have achieved this lifestyle change via natural, healthier means such as dieting and exercising, hopefully she feels better about her image now despite taking what’s considered the easier way out. 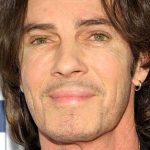 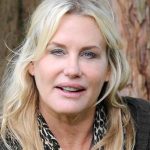 Daryl Hannah Plastic Surgery Before And After Photos! 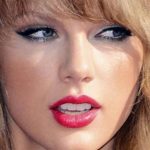 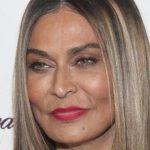 Tina Knowles Plastic Surgery Before & After
0 comments… add one