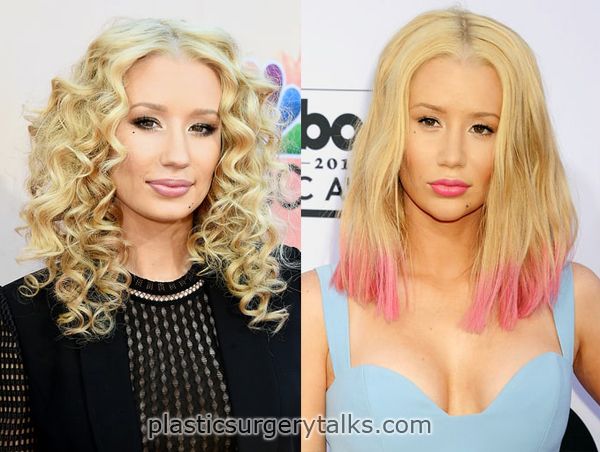 Born Amethyst Amelia Kelly, Iggy Azalea is an Australian-born rapper who moved to America at the age of 16 and quickly forwarded her career into hip hop. Her breakthrough came on YouTube when two of her songs drew considerable notice and a record contract from Gran Hustle Records under rapper T.I. She broke into the mainstream with her first studio album, “The New Classic” in 2014 and has never looked back.

Along with her music, Azalea has also promoted her own natural looks to help showcase her career. This has led to widespread rumors of Iggy Azalea plastic surgery procedures, some of which the rapper herself has confirmed.

Nose: You can easily see the changes to Azalea’s nose which is now more defined. The plastic surgery work is well performed to the point where the nose does look natural. This may be because relatively few changes were done, most noticeably in defining the nose from the bridge 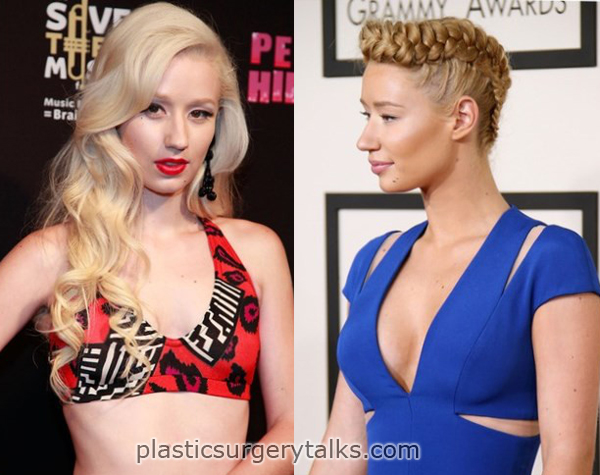 Breast Augmentation: According to Dr. Ghavami, Azalea’s natural breasts were very small and wide apart, so he had them augmented and brought closer together. In addition, the augmentation itself was carefully mapped out so that she could recover from surgery quickly and perform four days later. This means that the procedure was relatively small and produced a natural look that may not have been noticed if Azalea had become a star after the procedure had been performed.

However, there have been persistent rumors that Azalea’s face and figure has been further enhanced by other surgical procedures which include the following;

Butt: Thanks to a 2016 Instagram pic of Azalea sporting a tiny bikini and sitting by a pool, the internet lit up with rumors that she had work done to enhance her butt. However, Azalea has never admitted to that type of work being performed even though she was quite open about her nose and breasts. Plus, the photos themselves are hardly definitive. While some fans are convinced, the jury seems to be out on this one.

Chin: In addition to her nose, Azalea’s chin seems to have been the recipient of some plastic surgery work as well. Her chin is noticeably different thanks to a fuller jawline which gives her face a more square-like appearance.

Looking at Iggy Azalea plastic surgery before and after photos, it’s clear that the rapper has undergone a considerable change in her appearance in just a few short years. Since these changes took place well after her teen years, it’s apparent that her nose, breasts, and chin have had work along with possibly her butt.

Next Post: Has Brad Pitt Undergone Plastic Surgery After All These Years?